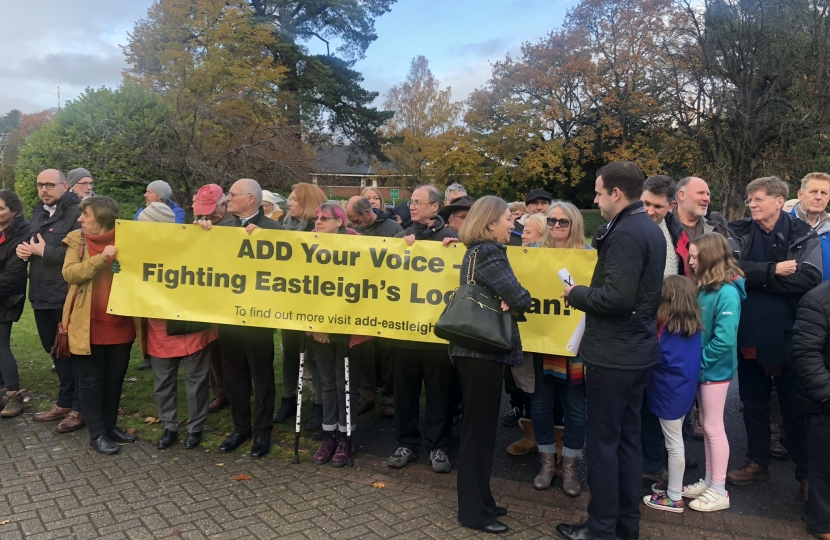 ‘Cllr House has used social media and the council’s press office to issue misleading information to the public about Eastleigh’s housing plan. These statements directly contradict what the Planning Inspector has said in her letter to the Council. I believe Cllr House should apologise for misleading the public, listen to the Inspector and scrap this flawed plan’

In a statement released by Eastleigh Borough Council, it said:

‘[the Inspector…] has not dismissed the Council’s proposed Strategic Growth Option (SGO), nor found it unviable’.

‘…because of the discrepancies I have highlighted above, and my assessment of landscape and transport issues, I regard the consideration of alternative options to be inadequate, such that the approach taken to the proposed SGO is insufficiently robust. As a consequence of this evidential shortcoming, policies S5 and S6 do not represent the most appropriate strategy when considered against the reasonable alternatives and are not justified. I therefore conclude that these policies should, therefore, be deleted from the local plan.’

‘Policies S5 & S6 specifically relate to Eastleigh’s flagship idea for a strategic growth area. In black and white, the Inspector says there is insufficient evidence to support these policies and that they should be deleted from the draft plan.  The letter also sets out a range of transport and environmental concerns that campaigners have raised for years which have been ignored by the Council. The Inspector is clear that this plan needs major changes or should be scrapped. I know the local community agree with me that this plan should be scrapped and we should start fresh’

In an open letter from Paul Holmes to Cllr Keith House, Leader of Eastleigh Borough Council, additional concerns relating to the environment, transport and insufficient evidence used to justify the SGO near Bishopstoke and Fair Oak.

Generally, the Government’s vaccine rollout is going very well nationally with over 4m doses delivered to our priority groups. More people have been vaccinated in the UK than in France, Germany and Italy combined.