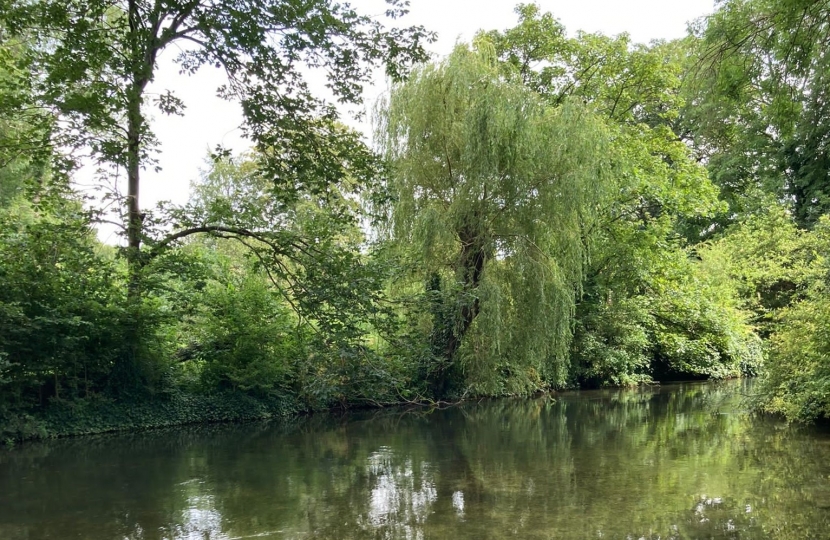 Many people have asked about my vote in the Environment Bill and have wrongly implied it’s impact. So I thought I’d explain below.

From the start I have supported this Bill - its scope is enormous, and I have no doubt in its ability to instigate real change and leave a lasting legacy.

I would like to split my response into two parts, firstly I would like to explain why I didn’t vote in favour of the Lords section of amendment 45 which you are concerned about and secondly, the key steps this Bill is taking to address the harm caused by storm overflows which I agree is a serious issue and a concern I share.

Amendments are often complex and need greater explanation as to why the government can’t support them, when on their face they appear routine. It is also easy to report the amendment in one headline and say we allowed water to be discharged, it didn’t, that has been happening for years, this Bill aims to reduce it.

Crucially, I did not support the Lords’ section of amendment 45 for two main reasons. Before the vote, I reached out to ministers and staff at the Environment Agency (EA) to discuss this further – I was assured the provisions in this Bill will deliver substantial progressive reductions in the harm caused by storm overflows. In fact, the Bill already places a duty on water companies to produce Drainage and Sewerage Management Plans which set out how they will manage and develop their drainage and sewerage systems.

Secondly, I know the age of our sewerage system means the complete elimination of storm overflows would be extremely challenging. Notably, initial assessments suggest elimination would cost most than £150 billion, which undoubtedly would lead to customer bill increases and trade-offs against other water industry priorities. I, therefore, simply felt we should understand what such ramifications and trade-offs might be, and I was not willing to vote in favour of placing a duty on water companies without knowing the costs. In short, I wasn’t going to sign a blank cheque on behalf of customers.

Next, I would now like to look at what the Bill does contain to address the harm caused by storm overflows. Notably, this Bill includes:

• A new duty on government to produce a statutory plan to reduce discharges from overflows and the harm this causes by September 2022 (they will report directly to Parliament).

• A new duty on water companies and the EA to publish data on storm overflow operations on an annual basis.

• A new duty on government to produce a report setting out the actions that would be needed to eliminate storm overflow in England and the costs and benefits of such action (once this report is published with a breakdown of costs & benefits, I would be more than happy to revisit this subject and potentially support further action).

• A new duty on water companies to publish information (within 1 hour) of the commencement of an overflow, its location and when it ceases.

• A new duty on water companies to continuously monitor the water quality upstream and downstream of a storm overflow and of sewage disposal works.

• A new duty on water companies to produce comprehensive statutory Drainage and Sewerage Management Plans setting out how the company will manage and develop its drainage and sewerage system over a minimum 25-year planning horizon and how storm overflows will be addressed through these plans.

Moreover, outside of the Bill, I will be joining the Government in telling Ofwat (the industry’s financial regulator) that we expect water companies to take steps to “significantly reduce storm overflows” and that we expect funding to be approved for them to do so. Indeed, it is worth noting that between 2020 & 2025, water companies will invest £7.1 billion on environmental improvements in England. I am delighted to say that of this, £3.1 billion will be invested directly into storm overflow improvements.

I hope this information is useful and hopefully reassures you somewhat that clear and effective action is being taken to address storm overflows. I admit I have been disappointed to see some reports in the press mischaracterise what happened last week in relation to amendment 45. I think there is a real lack of context surrounding why the Lords’ section of this amendment wasn’t voted for by myself and the Government – I hope my response addresses this and underscores the merits of the Environment Bill in relation to storm overflows.

Overall, I hope my response makes crystal clear my desire to protect and enhance our coastline, waterways, and rivers. Especially the wonderful River Hamble in my own constituency.

Please always do come to me for a proper and fulsome explanation of what the reasons are as to why votes go the way they do. Social media is awash with bias and politically motivated information to discredit. I hope you can now see the depth and complexity that goes in the process of drafting the legislation.

It was a pleasure to visit Bursledon Infant and Junior schools today.