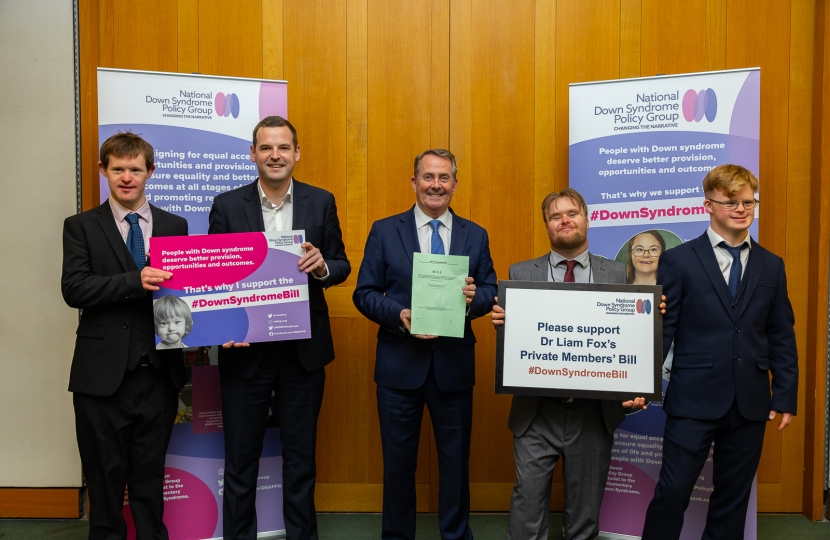 Back in October, a constituent of mine called Mark met with me at a street surgery in Botley to talk about the challenges that his son jack faced as a child with Down Syndrome. Mark spoke about the need for additional support and more responsive local services to help him and his whole family.

Mark also mentioned a new piece of legislation being put forward by my colleague Dr Liam Fox which believed would strengthen the rights of people with Down Syndrome and improve outcomes for both those with the condition and their families.

I was really moved by Mark's story and Jack so I went away to find out more about this legislation and to lend my support for this new law.

Last week we had some excellent news. As a result of Liam Fox's campaign and the support of myself and other MPs, the Government have now announced that they will support the Bill so that it will become law. This is a great achievement and one that I hope will make a huge difference to people's lives, especially Mark, Jack and their family.

Access to high-quality healthcare is essential as we are all living longer and fuller lives.

The new football complex on Stoneham Lane is a valuable local facility that I know lots of parents and children use regularly for football.