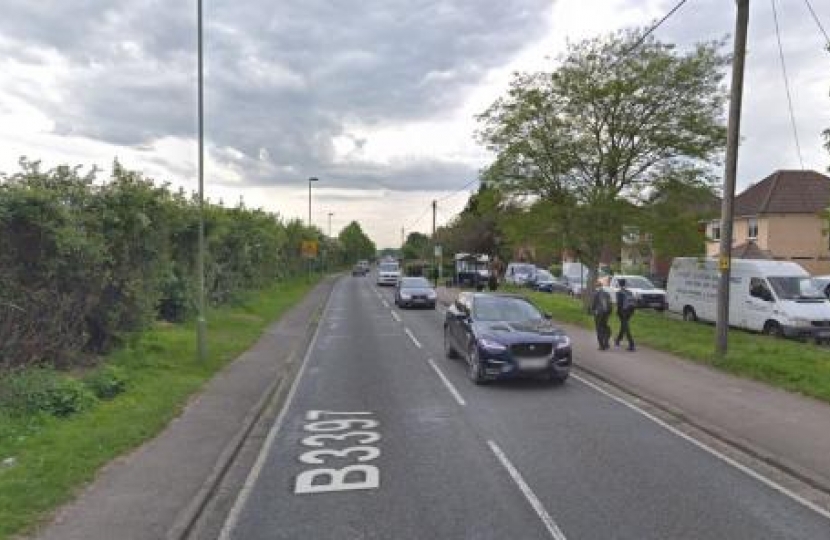 Paul has objected to the proposals for 148 homes in Hamble Lane on the GE Aviation site. As promised in the election campaign, Paul wants to see a halting of over excessive development in this area. The letter to the Planning Committee stated.

I write to lodge a formal objection to the outline planning application for 148 residential units at GE Aviation, Kings Avenue, Hamble-Le-Rice, SO31 4NF on behalf of my constituents. Please forgive the late nature of this objection, however, I was only elected to Parliament last Thursday.

On a strategic level, Eastleigh is already suffering from the catastrophic over-development that has been allowed to take place for over a decade. The traffic congestion on Hamble Lane is a prime example of the negative impact that such over-development has on our communities.

Consequently, I believe it would be negligent for Eastleigh Borough Council in their capacity as the local planning authority, to allow further development on this already congested corridor with all the additional traffic and congestion that this development would surely create.

The response from Hampshire County Council Highways sets out in stark terms the problems that residents and businesses encounter on a daily basis when trying to use Hamble Lane. While road improvements are planned, it seems counter-productive to continue to allow large scale developments to take place on Hamble Lane. The road improvements planned will not repair the damage that has already been allowed to take place, it will merely provide some mitigation. Any benefit achieved from these improvements will be lost if further development continues to take place in and around Hamble Lane. Therefore, on Highways grounds alone, I do not believe this development can be allowed to go ahead.

Many constituents have contacted me in recent months about the challenge in securing face-to-face GP appointments and the difficulty of using 'e-consult' forms.