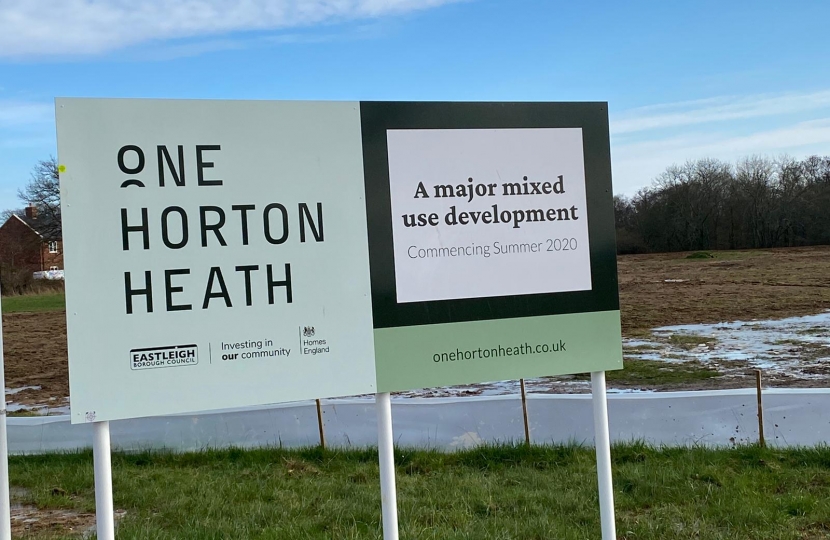 Yesterday I proposed a Bill to the House of Commons that would add more checks and balances into the planning system, when local authorities want to build and grant planning permission to themselves.

We know this is a major issue locally with Lib Dem Eastleigh Borough Council and the 2,500 houses proposed at One Horton Heath. I am not against Councils building houses themselves. But I don't think it is right for Councils to award planning permission to themselves and build whatever they want, wherever they want. We need more checks and balances and that's exactly my Bill would do.

Essentially, what I proposed is two major safeguards to planning applications that Council's submit themselves.

This new independent process could be triggered in one of two ways. If a Council proposes a development of more than 300 houses, it would automatically go through this new independent approval process. The second way it could be triggered is if more than 10% of the local population (where the development would occur) ask the that the application is checked independently. This means the public are involved in this process.

I think this is a much better way to proceed and would stop the obvious conflict of interest that exists with Council's awarding planning permission to themselves.