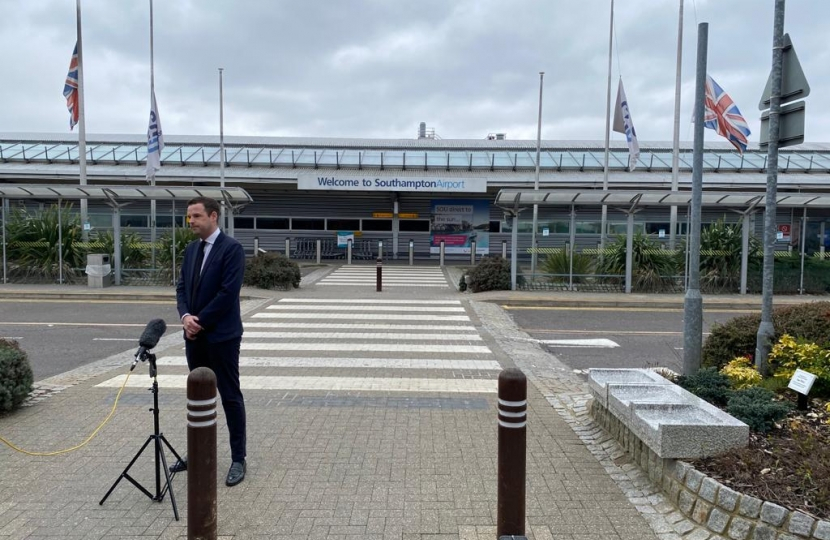 Paul Holmes, was delighted by the outcome of the Judicial Review which looked into the legality of Eastleigh Borough Council’s decision to permit the extension of Southampton Airport.

Speaking about this announcement, Paul said:

I am incredibly pleased with the outcome of the Judicial Review which has found that Eastleigh Borough Council’s permission for the extension to Southampton Airport's runway, which I have consistently campaigned for, was not unlawful.

This plan, which will directly benefit my constituents by bringing skilled jobs and fire up regional growth in Hampshire and beyond, will now be allowed to progress to the next stage.

Going forward, I look forward to working with local authorities, residents, and other stakeholders to bring the benefits of this much-needed positive development to my constituents in Eastleigh as soon as possible.

I am of course disappointed by the result of the competition, but I give my congratulations to the shortlisted locations. Eastleigh has a rich railway heritage, and would have been an excellent site for the Great British Railways headquarters.