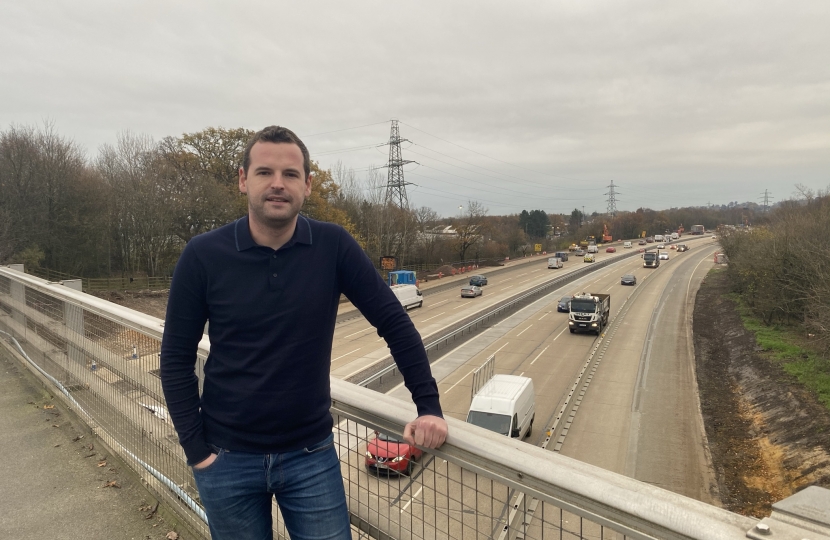 Today I was pleased to receive a letter from Highways England confirming that the concrete section of the M27, between junction 5 and 7, will be resurfaced with a low noise asphalt. Resurfacing the concrete section of the M27 between J5-J7 has been a top priority for me since being elected. I know this is a key concern of residents and that is why I have been working with Highways England to make this happen.

I’m pleased that Highways England have confirmed that the resurfacing scheme is progressing with surveys and that the scheme start date will be announced early next year. I’m aware that there has been a lot of false allegations put forward by the Leader of Lib Dem Eastleigh Borough Council. However, this shows that all the scaremongering was nothing more than a political stunt.

This was a promise I made, and it is now a promise kept.

Highways England have confirmed that a number of surveys are currently being conducted to inform the design of the scheme and the start date for the project will be announced next year, along with the contractor.

Our local transport links are not as strong as they should be.

Many constituents have contacted me in recent months about the challenge in securing face-to-face GP appointments and the difficulty of using 'e-consult' forms.