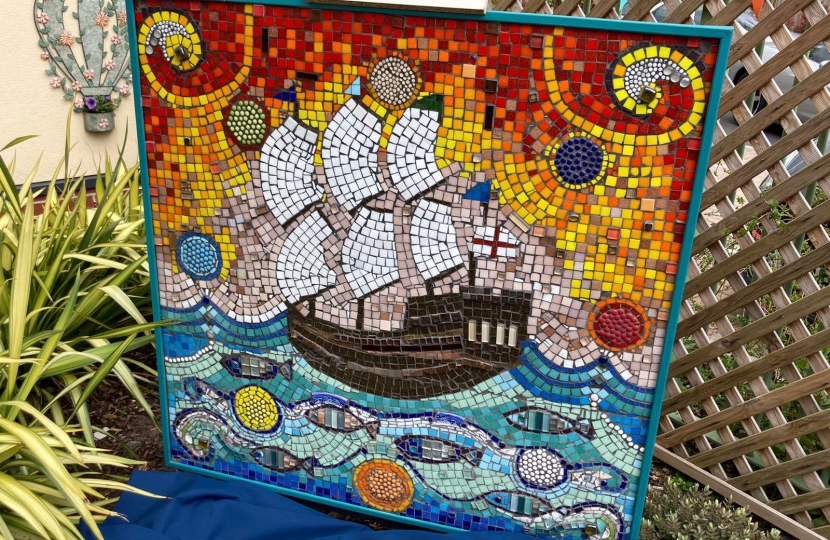 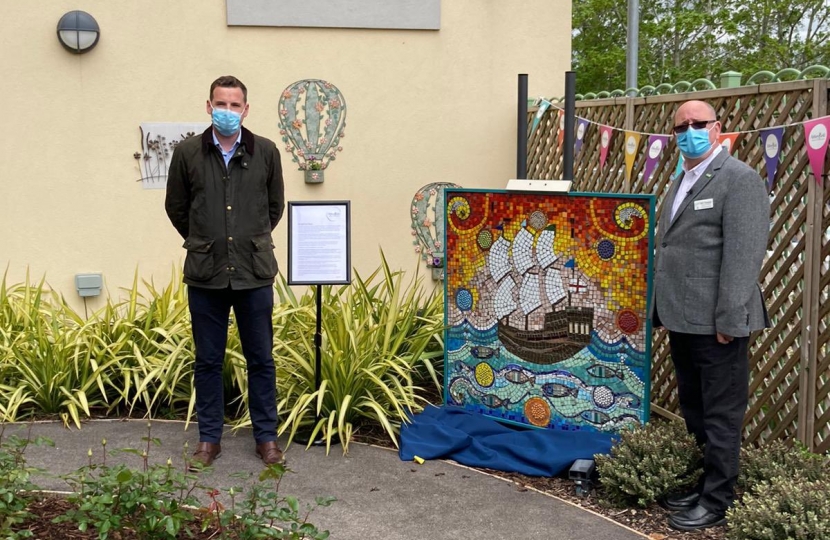 In May I attended the unveiling of a mosaic to commemorate the sailing of the Mayflower to the New World in 1620. The mosaic itself is the culmination of a series of in-person and virtual workshops between Abbeyfield residents and staff at Speedwell Court, and reflects the themes that residents agreed should be featured.

The Abbeyfield Society is currently overseeing the construction of a new independent living scheme in Plymouth, Mayflower Court, due to be completed later this year, which will be the permanent home for the mosaic. However, before construction on Mayflower Court is completed, Speedwell Court will be displaying the mosaic in their sensory garden – which is accessible to the public as well as the residents – to commemorate the legacy of the Mayflower and to help people to learn more about its journey from Southampton, to Plymouth, and on to the New World.

Like many of you, I was shocked by the devastation that the floods caused across Fair Oak, Allington Lane, Botley and parts of Hedge End on Monday evening.