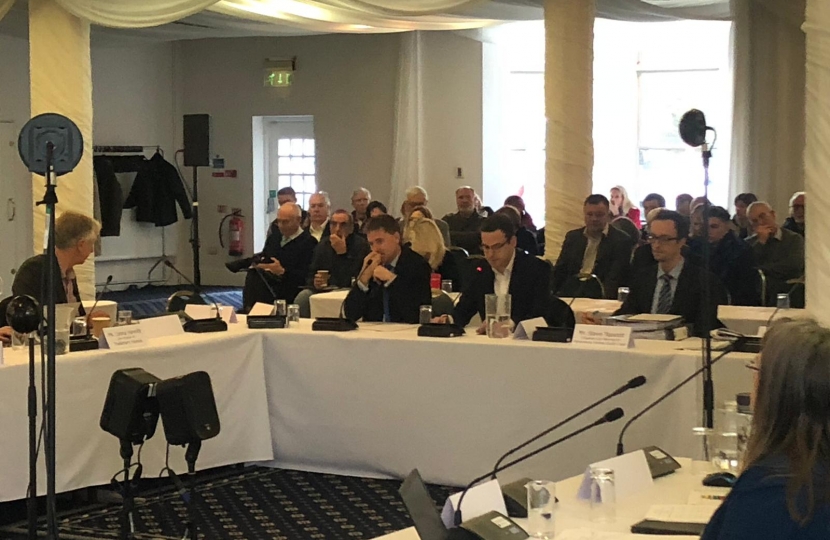 I was very pleased to receive the news today that the Planning Application for the GE Aviation site on Kings Avenue/Hamble Lane has been dismissed by the Planning Inspector after the developers appealed the original decision.

You can read the official confirmation here and the detailed decision notice here.

I wrote an official objection to this application when it was first submitted in December 2019. I also wrote a supporting objection to the Planning Inspectorate over the summer reiterating my same concerns about the traffic levels on Hamble Lane and the negative impact it would have on the character of the local area. I am pleased that the Inspector recognised both of these points in his full decision.

This is welcome news and a victory for the local community who was overwhelmingly opposed to this application.

In dismissing the appeal, the Inspector said:

Weighing against these benefits are a number of adverse effects. First, the development would not be in an appropriate location having regard to the development plan and the effect on the character and appearance of the surrounding area. The level of harm and the conflict with the development plan is only moderate due to the limited and localised effects, plus the reduced weight I have attributed to relevant policies.

Second, the development would not provide safe and suitable access for all users. Given the reduction in the quality of the cycle route and increased risk of conflict between different users in front of Coronation Parade, I afford considerable weight to this adverse effect and the conflict with relevant policies.

Third, the development would have an unacceptable effect on traffic movements. Given the already congested nature of Hamble Lane and the inability to adequately mitigate the effect of the development, I afford substantial weight to this adverse effect and the conflict with relevant policies.

Taken together, the adverse effects would outweigh the benefits of the development. There would be conflict with the development plan and insufficient material considerations to indicate that planning permission should be granted on this occasion. For the above reasons, and having had regard to all other matters raised, I conclude that the appeal should be dismissed.